Using Facebook at Work – is it a good thing?

Apparently researchers in China tell us that using Facebook at work can be instrumental in boosting creativity.

A team of researchers in China has published a theoretical paper that draws attention to the use of social media at work as a means of self-therapy when young workers end up in jobs that aren’t right for them. 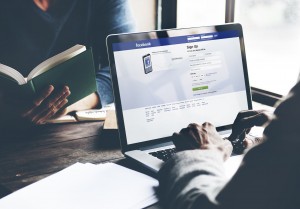 The theory is that students are led to believe that there are great rewarding jobs out there for them when the finish college – the reality for most is at the other end of the scale. To cope with this young people of today often turn to social media sites like Facebook, Twitter and Snapshat to help alleviate the stress they feel.

Do you think you or your staff would feel less stress in their job in the were using Facebook at work?

The research indicates that this may not be such a bad thing, in fact spending small amounts of time on Facebook or your preferred social media site can actually increase creativity – getting the balance right is the key.

Jhony Ng, one of the authors of the paper and a professor at Nanjing University of Aeronautics and Astronautics, says he can’t quite define that threshold, but he knows it when he sees it.

“The line should be at where one’s non-work-related social media use does not affect their job performance,” Ng told The Huffington Post in an email.

In other words, if you spend some downtime on Twitter in between projects, it’s probably good for you. If you spend all afternoon on Facebook instead of finishing something your boss asked you to do, that’s probably bad.

In an unscientific Twitter poll conducted by this reporter, who was definitely not using social media to slack off, nearly half of the 2,028 respondents said they use social sites to cope with their jobs. Nearly one-quarter say they do not. Another 31 percent do not take Twitter polls seriously, judging by their response of “lol.”

This website uses cookies to improve your experience while you navigate through the website. Out of these, the cookies that are categorized as necessary are stored on your browser as they are essential for the working of basic functionalities of the website. We also use third-party cookies that help us analyze and understand how you use this website. These cookies will be stored in your browser only with your consent. You also have the option to opt-out of these cookies. But opting out of some of these cookies may affect your browsing experience.
Necessary Always Enabled
Necessary cookies are absolutely essential for the website to function properly. This category only includes cookies that ensures basic functionalities and security features of the website. These cookies do not store any personal information.
Non-necessary
Any cookies that may not be particularly necessary for the website to function and is used specifically to collect user personal data via analytics, ads, other embedded contents are termed as non-necessary cookies. It is mandatory to procure user consent prior to running these cookies on your website.
SAVE & ACCEPT